Join hosts Greg “The Bull” Luzinski and Dan Baker as they sit down with all of your favorite Philadelphia Phillies to talk about current and past seasons, as well as all of the latest news in the Major Leagues.

Broadcast weekly from the Hard Rock Philadelphia the show is aired live on-air at 1490AM & 107.3 FM as well as live video here on wbcb1490.com and Facebook.  It’s the Independence Blue Cross Bull Session 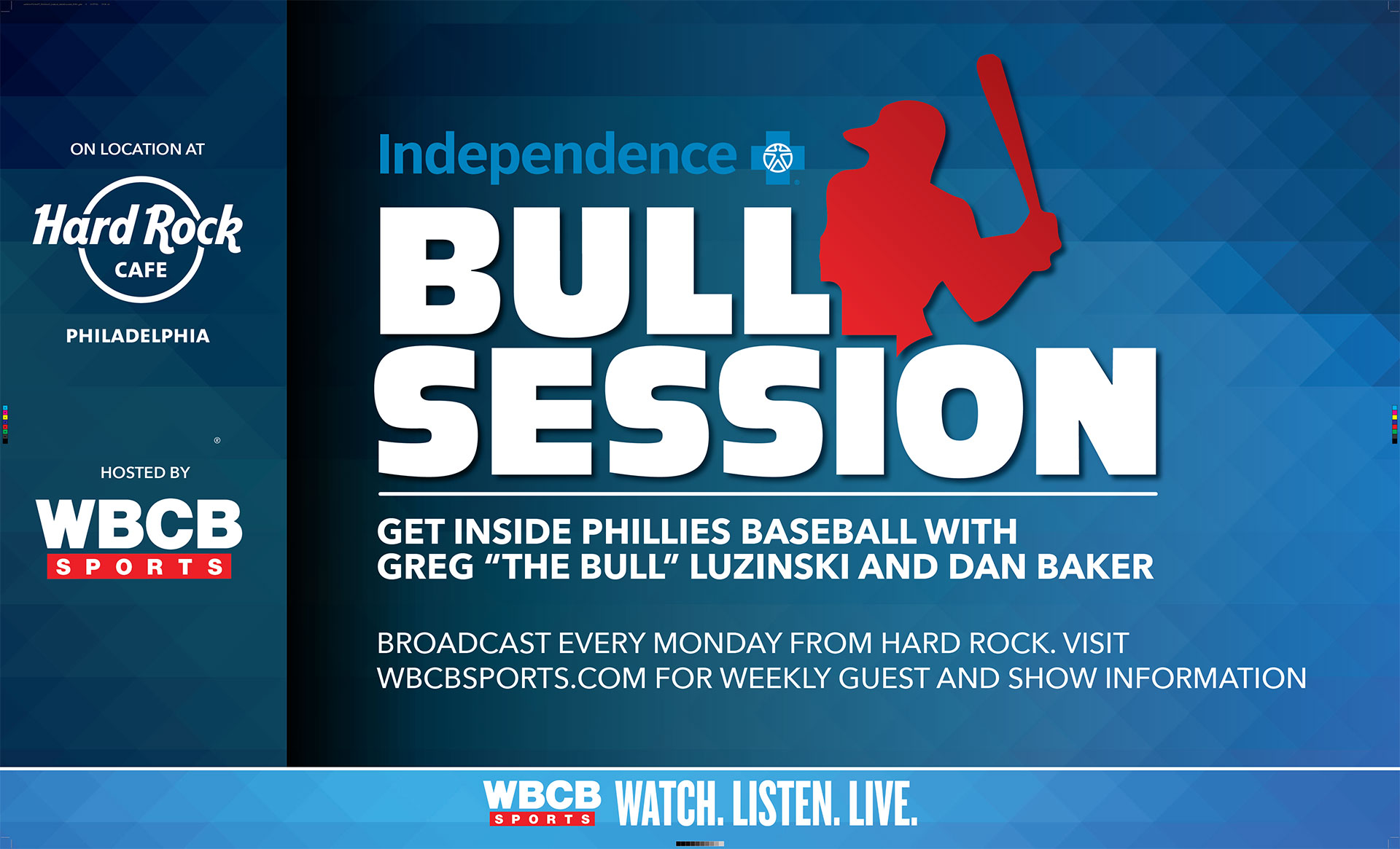