Levittown, PA., – A pair of key turnovers gave Pennsbury High School momentum as their dominant second half performance handed the Flacons a 37-22 victory over Central Bucks East, earning them first place in the Suburban One National Conference.

Entering the second half, Pennsbury was ahead 17-16. A 4-yard rushing touchdown by Central Bucks East running back Ethan Shine gave East a 22-16 lead and swung momentum in their favor. That was until a tipped pass fell into the hands of Pennsbury defensive back Chamar Wade.

His opportune play provided the Falcons with the first turnover of the night, and was Wade’s second interception over the last two games. The interception, as well as a fumble recovered by Junior Eric David, provided Pennsbury with excellent field position.

Field position that that senior running back Galamama Mulbuh would go on to take full advantage of as he rushed for over 200 yards and 3 touchdowns.

“Starting the drive and already seeing the end-zone gives me confidence,” said Mulbuh, “when I see the end-zone I am going to find my way into it.”

Friday night’s game marks the third week in a row Mulbuh has rushed for over 200 yards. There is no question Mulbuh’s assertive running style is the vocal point of this rush heavy Pennsbury offense.

The Pennsbury turn around under head coach Galen Snyder is undoubtedly a success, as the win advances the Falcon’s record to 5-1. The loss for Central Bucks East drops them to the same record of 5-1, but elevates Pennsbury atop the league table due to the result of this head to head matchup.

Mulbuh added, “Being first in the league makes us the top dogs, it puts us on the map.”

Pennsbury will look to further secure their first-place spot in the league table with a win over Pennridge on Saturday Oct. 8 at 1pm. 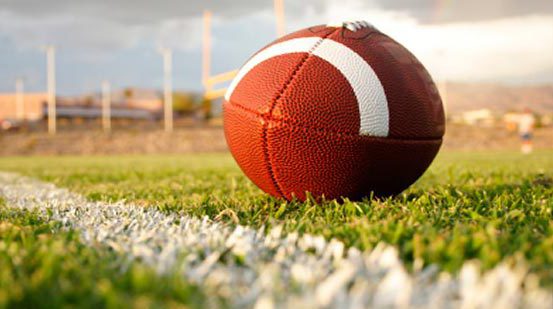